CONCEPT/PROJECT: SUPERTICS is a start-up launched in March 2016. Its first big campaign in September-December of that year sought to position itself with an innovative and differential concept in front of the parents (especially the mothers) of children aged between 6 and 12 years, and to attract students themselves. The campaign includes a very powerful and descriptive slogan, and used strategies that aimed to the tastes of both parents and their children such as: emailing mothers / fathers, activity on social networks and portals aimed at mothers, MGM, etc. 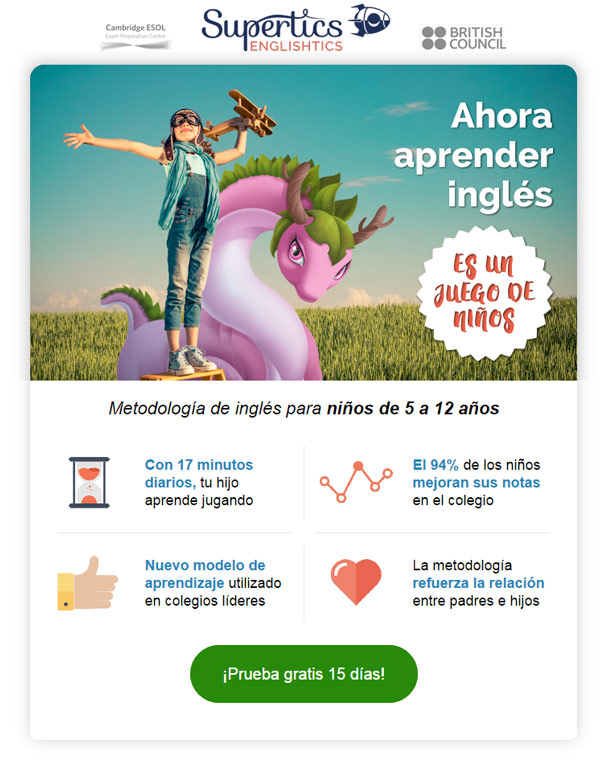 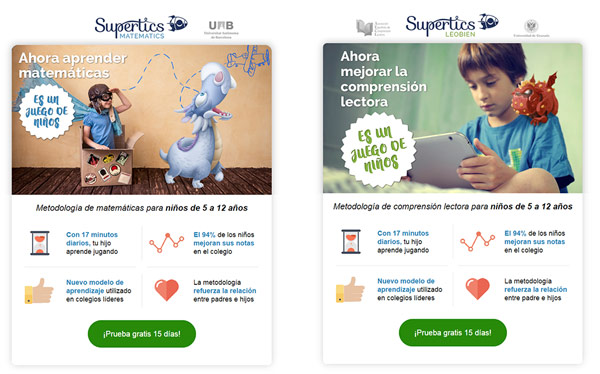